Your ex boyfriend might have refused to talk to you, but that doesn’t mean you can’t get him back. The truth is getting him to talk to you again isn’t really the hard part. But first you need to figure out why he stopped talking to you. Speaking for men, we don’t really cut off communication with a girl unless we have a pretty solid reason for it. Let’s go over few of the common reasons men tell a girl to not contact them.

Reason 1. You have been bombarding him with text messages and calls (The Most Common Reason)

In my experience, the most common reason for a guy to stop talking to his girlfriend is because she has been harassing him. If you are constantly messaging and calling your ex, then he is bound to get tired of you. He understands that you are hurt from the breakup, and he understands that you want to convince him to get back together, and he is tired of it.

Read how to use texts properly to get your ex back.

Maybe your instincts will have you believe that harassing him will make him come back, but it’s not so. (Read how instincts screw with you after a breakup). In fact, everything you do that makes you look needy is going to make your ex boyfriend less attracted to you and more sure about his decision of breaking up. I am sure that’s not what you want, that’s why you should take a step back and go on no contact for a while. We’ll talk about it in a little while.

Reason 2. He is applying the no contact rule and is trying to move on (Less Common)

It could be that your ex has decided to start no contact and is trying to move on. Or maybe he is applying the no contact rule to try to win you back. If this is the situation, then there is nothing you can do unless he decides to end his no contact. Said Every Girl Reading This Article

OK, I understand it’s a little hard to comprehend the fact that he might move on during the no contact period. But there is literally nothing you can do about it. If he decided to start no contact, then every message you send him is only going to make you more needy in his idea. During the no contact rule, he is going to think of you and the relationship. You should let him. Let him come to his own conclusion whether or not he should get back with you. And who knows maybe he will decide that he wants to get back with you. And even if he doesn’t, it’s his loss.

So What Should You Do?

For starters, stop contacting him and start the no contact rule as well. Stay away from him for 30 days and then send him a message (Read 5 Essential things you must do after no contact). If he doesn’t respond, then he is still doing no contact. Give him another 15 days and then try contacting him again. If he still doesn’t respond, then you can either try again after 15 days or try to move on (my advice will be to move on, but I have a feeling you won’t take it).

Reason 3: His New Girlfriend Won’t Let Him Talk To Me (Least Common But The Worst Situation)

If he has a new girlfriend and she is not letting him talk to you, then you have a serious situation. There is literally nothing you can do that won’t make you look like a crazy, jealous and stalky ex girlfriend. And once he starts seeing you as an crazy ex, it’ll be hard to change it.

The only thing you can do right now is wait out his new relationship. If you are lucky, it’s just a rebound and it will end soon. If you are unfortunate, he might end up marrying the girl and you will never get to talk to him again. I know it hurts to read this, but it’s the truth. I don’t want to sugarcoat it but if a guy lets a girl decide whom he talks to, then he is pretty serious about her.

How To Get Your Ex Boyfriend To Speak To You Again?

Basically, when you stop pushing, he will start wondering what happened and will try to contact you. He might not even be able to cope with your silence and start acting a little crazy (angry texts, angry phone calls, mean facebook messages).

Any type of reaction from his a good sign. This means that the only reason he was so calm about the breakup is because you were making him feel like he still has you. This means he still hasn’t dealt with the thought of losing you forever. And that thought might just be enough to get your ex boyfriend back.

The best way to contact him will be through a text message. There are a few simple yet powerful messages that you can use to contact him. The key here is to create enough curiosity for him to text you back.

Here are a few messages that DON’T WORK.

“Hey Jim, I called you twice yesterday. Why don’t you pick up my phone? Anyways, just text me back as soon as you get a chance.”

“Hey Jim, I need your help. Please text me back.”

Did you see what’s wrong with these messages? The first one just reeks of neediness. The second one is an obvious ploy to get him to talk to you and the third one is simply boring.

To arouse their curiosity, you need to make the message about them and not about you. People are selfish and no topic is more interesting to them than themselves.

Here are a few examples that arouse their curiosity.

“Hey, I have a confession to make”.

“Hey, I know it’s been a while but I just wanted to thank you for what you did. You have no idea how much it helped me.”

“Hey, I just saw something that reminded me of you. I didn’t think about us for a while. To be honest, it made me smile.”

Get the idea? If course, you don’t have to use exactly the same messages. You can be creative and use something that you came up on your own. Just make sure it’s something that arouses curiosity and it’s about him.

After he messages you back

After he replies to your message, the ball is in your court. You can peak his interest by not replying for a while. You can set an alarm for 30 minutes on your phone and not reply him until the 30 minutes is over. This way, you will be constantly on his mind for at least 30 minutes. And the more you are on his mind, the more he will feel attracted to you.

Of course, it’s not necessary to make him wait 30 minutes. You can go ahead and message him right away if you want as long as you don’t message him something needy. His reply is probably going to be something like

For the reply, you can either pick up a message that I wrote in the fourth step of the 5-step plan. Or you can be creative and find something on your own.

After you initiate contact with him, you have to make sure you don’t project an image of neediness. Everything you do or say should send out a message that you are a confident and happy person who is living her life to the fullest. I have written more about it in the 5 step plan to win your ex back. Make sure you read it here. 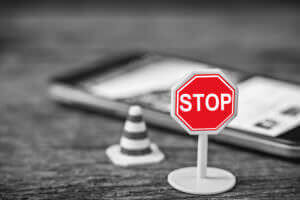 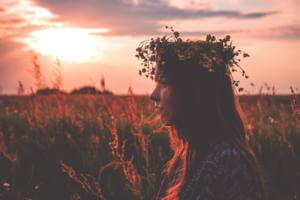 200
5 Essential Things You Must Do After No Contact (If You Really Want Your Ex Back)
Visit the Comment Section!

Please note that the comment section is heavily moderated and we only approve very few comments a day.
296 comments ...add one
Write a comment Cancel reply