If you and your ex have been apart for over a year, then you need a completely different strategy to get your ex back. A lot has probably changed in that year and you need to analyze the situation with your ex before making a move. A lot has changed in this one year, and before we talk about what you should do, let’s take a look at what you have.

All these factors will affect your strategy to get them back, but first you need to realize why you want to get back together?

Why Do You Want Them Back After One Year

It’s been a year and suddenly you decide your ex was the right person for you. What happened? Why your opinion changed? Are you sure that you are making the right decision in wanting them back? Or was it that you never really moved on? You never made any effort to move on and deep inside you have been in love with your ex since the breakup. If that’s the case, then I highly recommend you make some effort to move on before trying to get them back.

Stop contact with your ex, work on making yourself feel better, go on a few dates and try to accept the fact that you two broke up. Sometimes, an obsession can continue for years. And perhaps you have been obsessed about your ex for so long that you have mistaken this obsession for love.

Here are a few examples of when you shouldn’t get back with your ex after a year.

The one thing that’s common in all the above examples is that the reason you broke up in the first place was genuine and nothing really has changed in the last one year.

On the other hand there are cases where you genuinely realize that what you and your ex had was something special. You realized that the reason you two broke up wasn’t really a big deal and you could have actually worked through it. Or perhaps something has changed in the past year that makes you feel like the relationship could work. Here are a few examples that come to my mind.

If you fall in this category (or something as reasonable as these), then you should try to get back together.

Is It Too Late To Get Your Ex Back

One year is a long time. And it is quite possible that your ex has moved on by now. But that does not mean that you can’t get them back anymore. You can still get them back but you have to look at it as a new beginning instead of rekindling an old relationship. Since it’s already been a long time after the breakup, you don’t have to worry about your ex moving on. In fact, you can use the fact that you both have moved on to your advantage.

If your relationship with your ex was really good, then you can rest assured that your ex had been thinking about it as well. In fact, they would be comparing all their relationships with what you guys had.

Even if your ex has accepted the breakup and probably moved on, they still have a special memory of you and the good times you had in the relationship. And you can use that to your advantage.

What If We Had a Nasty Breakup?

The truth is, it doesn’t matter how bad your breakup was. Since it’s been one year, all the negative feelings and the anger of the breakup has probably been forgotten. In the long run, people don’t hold on to the negative experiences.

Before Contacting Your Ex

I am assuming that you haven’t been in contact with your ex for a while and you haven’t seen each other either. If it’s not the case, then I highly recommend you implement the no contact rule for at least 30 days.

If you haven’t been in contact with them, then you don’t really need to apply the no contact rule. You can just go ahead and move on to the next step. But before contacting your ex, you need to make sure that you do the three things that you are supposed to do in the no contact rule (mentioned in this article). It’s extremely important you do this because the rest of the plan doesn’t work until you do this.

In the 5 Step Plan and the 5 Stage Guide, I recommend that you start contact with a letter. However, since it’s been almost a year after the breakup, you should skip that step (Read: Get Your Ex Back After No Contact). Your initial contact with your ex should be as nonchalant as possible. You don’t want them to think you are still thinking about the breakup or the past relationship.

A simple and convenient way to contact them will be via text messages. They are private, unobtrusive and very effective. You need to start off with a message that shows that you haven’t forgotten them, but you have moved an.

You treat them like an old best friend instead of an old lover. Here is a simple text message that works great for this.

“Hey John. I was going through some old pictures and they reminded me of you. Just thought I would check how you are doing.”

It’s casual and it gets the message across. If you have not been in touch with your ex for a while, then you will probably get a response from them after this message.

You have to make sure you keep things friendly in the starting. You should try to build attraction with them with text messages (More Texting strategies can be found in the 5 Step Plan). Once you think iron is hot, you strike, i.e. ask them out for coffee.

If your ex agrees to go out for coffee with you, you can count that as a date. Have fun at the date and show them how much you have changed over the last year and how much suitable partner you’ve become for them.

You have to make sure you don’t force anything. In fact, you don’t want to bring the topic of getting back together until the fourth date. You want to take things as slowly as possible. Ideally, you want it to be their idea to get back together. And if you have done everything in the 3rd step of the 5 Step plan, or the 2nd stage of the 5 Stage guide then they will soon start thinking about reconciliation. 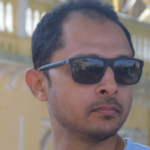 Kevin Thompson is a breakup expert and coach with more than 11 years of experience of helping people recover from a breakup and get back in a healthy relationship. 15
How to Get an Ex Back if They Are Moving Away Soon?
Visit the Comment Section!

Please note that the comment section is heavily moderated and we only approve very few comments a day.
308 comments ...add one
Write a comment Cancel reply